The Local Food of Fukushima

A burger made with bun from the Sakuma bakery in Kunimi’s Fujita shopping district and filled with mackerel simmered with miso from its Sakuma Shoten. This original Kunimi dish was created by the Kunimi Commerce and Industry Association’s youth division. 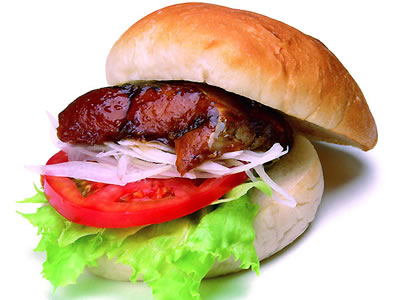 Fukushima’s gyoza(dumpling) comes in many varieties including plain gyoza, garlic gyoza, jumbo gyoza, gyoza made with mugwort kneaded in the pastry, and gyoza made with Egoma pork. Within these varieties, “Gisc gyoza”, frying gyoza together in the shape of a disc, is well-known as Fukushima’s characteristic Gyoza. 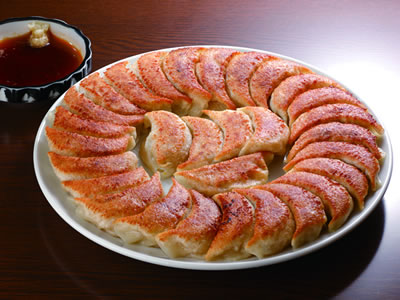 Sauce katsu-don (Fried pork on rice) is a meal that has been treasured by the people of Aizu since the Taisho period (1912-1926). Made with the delicious rice and vegetables of the Aizu region and pork grown in Fukushima, this must-try on Aizu’s food tourism list is made on the motto “produced local, consumed local”. 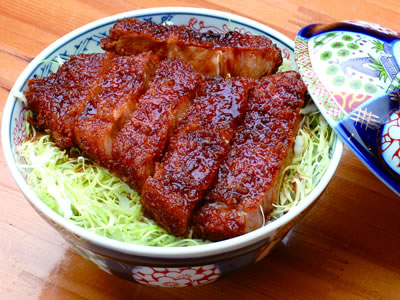 Kitakata’s ramen noodle dishes are known for their thick, wavy noodles and a soup that is made with soy sauce produced in the area (Kitakata is known for its clear water and brewing culture). All ramen noodle restaurants make this dish with thick, wavy noodles that have just the right texture. Each restaurant provides original soup; some soups are simple and light in the mouth where others are thick and rich, and you can also enjoy homemade char siu-roasted pork fillet.

As of April 2015, there were 18 restaurants in Kitakata city that open from early morning and provide “breakfast ramen” to city residents and visitors. 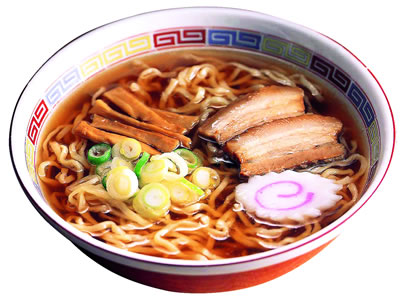 As an important stop on the old Echigo highway, this flourishing town, Aizu Bange-Machi had many horses that were closely involved in people’s lives. Because of this life-style, there was a horse auction site in the town and it is said this is the beginning that the people came to eat “sakura (horse) meat”. There are 7 butchers selling horsemeat in the town and also 4 restaurants that serve the meat where you can try the various unique dishes on offer. 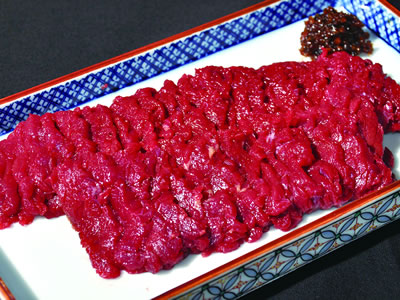 The “Namie Yaki-soba Taikoku” town-rejuvenation group took out the gold grand prix award for this yaki-soba (fried soba noodles) at the 2013 “8th Town Rejuvenation through Local Food Festival! B-1 Grand Prix in Toyokawa”. Dig into a hearty dish of “Namie yaki-soba” and stock up on energy for tomorrow!

Namie yaki-soba was born around 50 years ago and in 2007 the Namie Yaki-soba Taikoku group began promoting it as part of their work to revitalize their town.

After the 2011 earthquake and tsunami, the Namie Yaki-soba Taikoku group stopped limiting their activities to introducing food to the rest of the country and instead of “town rejuvenation” have become focused on “town preservation” - they are now working to prevent the memory of the earthquake and nuclear meltdown fading.

The Suginoya restaurant has reopened for business in the evacuation location of Nihonmatsu city and a noodle producer, Asahiya, is also shipping its noodles all over Japan. 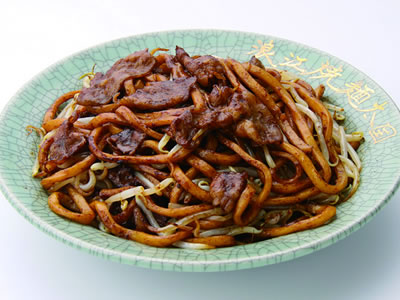 Try a jumbo dish on for size! Yoshima-machi in Iwaki city is using jumbo menu items as part of its town rejuvenation activities and in 2010, the town established the “Yoshima Jumbo Menu Restaurant Board”. In April 2015, there were 9 member restaurants which offered 12 jumbo menu items including cream puffs, minced meat cutlet, fried spaghetti, squid tempura with soba (buckwheat) noodles and tempura on rice. The effects of this movement, which resulted in increasing regional revitalization efforts and exchange between individuals, are spreading. 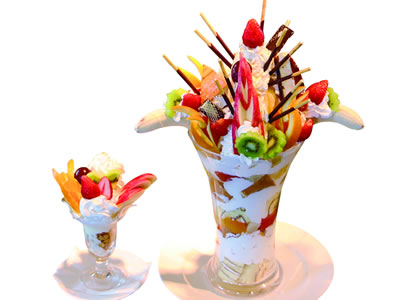 “Kozuyu” is a traditional Aizu dish that has been passed down from mother to child or grandchild through generations. A “must have” menu item at any ceremonial occasion, this meal is still made in homes today. It is a stewed dish prepared with stock made from dried scallops and contains 7 different shellfish boiled up with a salt or soy sauce added for a light flavor. 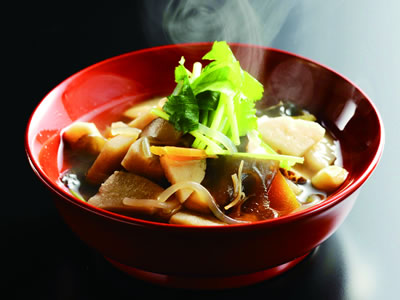 Although this is a local home-made dish that has been passed onto generations for long time, the previous coach of National soccer team of Japan, Phillipe Troussier said back then that the dish tasted like something his grandmother used to make. With the comment, the dish was named “Mummy suiton”. You can try it at events in the evacuation city of Iwaki and Aizu Misato-machi. 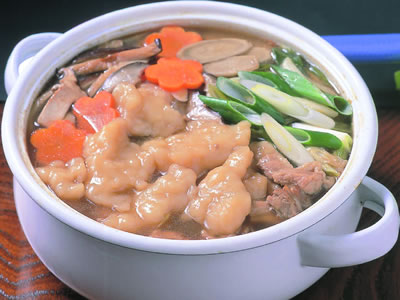 You can try one of Kitakawa’s junk foods, “Shiokawa chicken giblets”, at 6 different restaurants which are all members of the Shiokawa Chicken Giblets Craftsmen group. The chicken giblets go perfectly with rice or as a side dish with alcohol. 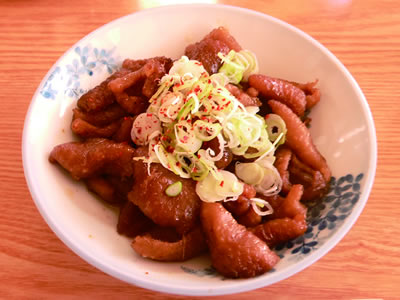