The Local Food of Kanagawa

The restaurant “Ohtanawanoren” continues to preserve their original flavour of the beef nabe, with the recipe that chunky pieces of beef, miso and spring onions are put in a specially-made-shallow iron pot and placed on a charcoal to stew well. Other famous with long established restaurants serving beef nabe include “Araiya” and “Janomeya” which have been running since 1890s. 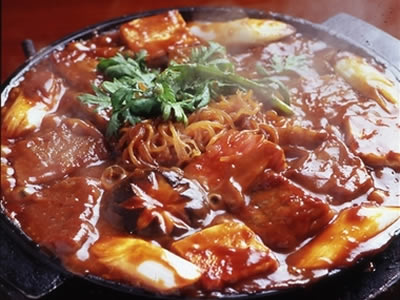 Salt-flavour Ramen with flavoursome noodles kneaded with deep ocean water and seaweed and a soup from the extract of the head of a tuna. All of Misaki-Maguro ramen is a local ramen at Misaki, and must be cooked with following the original rulebook at each restaurant, such as “using tuna for topping”. 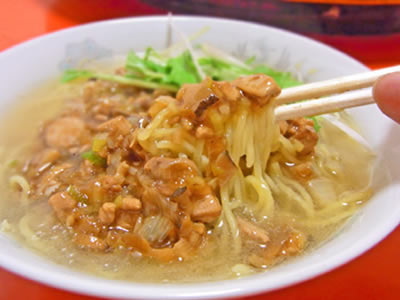 Shirokoro grilled pig innard is the Third B-1 grand prix award-winning and it represents B-grade food - inexpensive and delicious gourmet cuisine. It is a local food of Atsugi city, where it is easy to find fresh pork intestines. As the inner side of innards consisting thick fat, it becomes like small balls when it is grilled. Its special feature includes that is cooked with crispy outside and juicy inside. 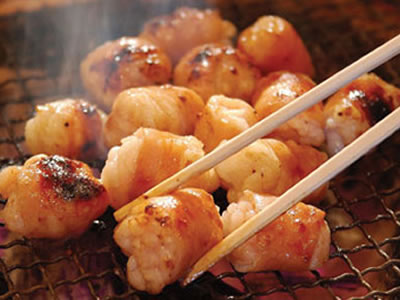 Odawara is nestled among the rich nature of the sea, mountains and rivers with a warm climate. It is also a city where “cuisine” is born from the abundance of seasonal fresh ingredients throughout the four seasons.

Odawara-don is made from delicious ingredients incorporating three customs of which Odawara can boast. It is a pleasure to warmly welcome our customers who come from afar.

The first custom is using more than just one ingredient from the sea and land of Odawara.
The second custom is serving our dishes in bowls featuring traditional craftwork and Odawara lacquer ware. The third custom is providing a warm welcome and friendly customer service to satisfy our customers so that they will come to like Odawara even more. 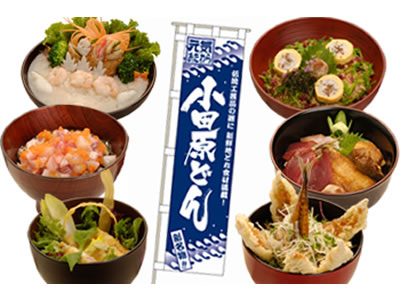